Herbert E Gilliland III is an activist, scientist and musician located in Pittsburgh, Pennsylvania. He graduated in 2005 from Carnegie Mellon University and holds a Bachelors of Science in Interaction Design, a computer-related field combining art and science. He studied at Carnegie Mellon's Entertainment Technology Center under Don Marinelli and Randy Pausch.  He was CTO of PickPark, LTD, a social media company headquartered in Wurzburg, Germany.  As a teenager, he co-authored the original version of OLC with his friend Chris Woodward.  He most recently held a position at Garrigan Lyman Group, a boutique web advertising agency based in Seattle and New York.  He is also co-owner of Orcs.biz, and the founding member and lead developer at Lost Astronaut Studios, an independent game developing studio.

Herb was interviewed under his pseudonym "LOcke" by the Amiga Music Preservation Society. 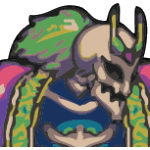